Is the character of vintage lenses overstated? (3 replies and 3 comments) 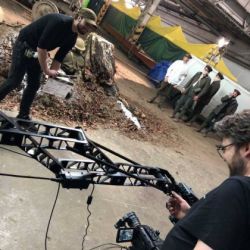 Dear Roger and all you knowledgeable forum members,

As I'm sure you know it's very common for cinematographers to pick vintage lenses for a project in order to impart a certain look, often the decision seems more like it is a gut choice than a technical one. However is the effect really that great?

Imagine an experiment where you shoot a series of identical images with a variety of lenses, for example some vintage K35s, then some Master Primes, and then some cheap DSLR photography lenses. Then you show the images to a random audience, not industry experts or cinematographers, just regular people who watch movies. Do you think the differences in character between the images would be able to sway the audiance to feel a certain way about image or would the effect be subtle enough to not matter to the average movie watcher?

I know Roger tends to use the best of the best in terms of lenses and I suspect he would think any kind of flaw or character a lens brought would be a distraction (unless it was for a deliberate effect like in The Assassination of Jessie James...) to the overall image.

This brings up a bigger question, which is what is wrong with subtlety? Does an audience have to notice an effect for it to be worth doing? I mean, when Leonardo Da Vinci or Picasso painted something, were they limiting themselves to only doing things that a viewer would notice? Or were they trying to please some inner aesthetic drive whether or not anyone else noticed?
If a cinematographer picks some shade of cyan gel or picks one lens over another or fills from high or low, or adds one more layer of diffusion over a light or picks Light Grid Cloth over 216, their decision-making process isn’t always calculated according to getting a response from an audience member, or whether that viewer can tell the difference — they are also trying to satisfy some inner voice, some set of aesthetic goals that they’ve set for themselves. So if one artist gets ecstatic over an old Baltar where the coatings have turned yellow and another loves the clarity of a Master Prime, is one wrong and one right if we’re talking about art?
Also, surely there has to be some context when evaluating an image shot on different lenses?

That said, and though I agree with what David is saying, I would answer yes. Vintage lenses are definitely overrated.

My issue just tends to be practical -- I don't want the perfect take of a performance ruined because an old lens acted funky and put some weird flare right over the actor's face.

Agree... whether still or motion - today's lenses are incredible tools that make it much easier when it comes to controlling what were major problems in the past...

Thanks everyone and that was very well written David, I've never seen someone put into words the gut choice part of being a cinematographer like that. I'd also like to add I'm not knocking the use of vintage lenses at all, I think it is very cool that all these diffferent flavours of lenses are available to be used.