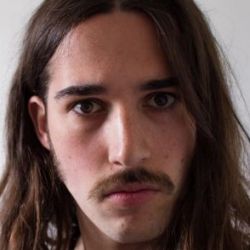 Hi, here's something I thought would be easy to find only, but haven't manage to.

I'd like to know the history of film speed used in narrative films, from the late 1890s to now, all in ISO-equivalent ratings, for both B&W and color.

A timeline of when a new higher speed as introduced, when it became widely adopted...
For example if I'm interested in the year 1966 : what was the most common speed used.

Anyone would know of such a website/document ? Would be much appreciated, thank you !

3-strip Technicolor is harder to figure out because of the internal light loss from the prism and the color separation filters, plus three different b&w stocks were used in the camera. Plus throughout film history, you had some latitude to rate the stocks faster and print up, so what you see in articles of classic Hollywood cinematography is a reference to average footcandle levels of sets, some of which suggest that there was some underexposure going on.  Anyway, a good guess is that 3-strip Technicolor was about 5 ASA when it came out in 1935, then became 10 ASA by 1938 (it's no coincidence that Kodak introduced Plus-X and Super-XX the same year that 3-strip doubled it's speed), and possibly was around 16 ASA to 20 ASA by the time it switched to a tungsten-balanced system in 1951-52 before dissappearing in 1955.

One hint is that Kodak introduced color negative movie film (5247) in 1950 at 16 ASA (daylight-balance) and claimed the speed and color balance "was equivalent to competing color systems". Then when 3-strip switched to tungsten-balance (partly by request of George Barnes, who was about to shoot "The Greatest Show on Earth" and wasn't allowed by fire laws to use carbon arc lighting inside circus tents) in 1951-52, Kodak came out with a 25 ASA tungsten-balanced film (5248).

For long periods, there was only one 35mm color movie film by Kodak on the market at a time, so figuring out what stock was used on, let's say, "2001" or "Lawrence of Arabia" was fairly easy, other than the year the new stock came out and some films were still using the old, some the new, and some mixed the two, like when the first 100 ASA film came out (5254) in the summer of 1968.

But then in 1974, Kodak wanted to replace the entire negative processing line from the old ECN-1 to the new ECN-2, which could be run faster and hotter and skipped a pre-hardening step, all of which required a new stock, which was 5247 (100 ASA).  But many cinematographers hated the look of 5247, which was finer-grained but more contrasty and the shadows tended to shift green when push-processed. So for two years, many Hollywood DP's refused to use 5247 and many labs kept the old ECN processing line going so they could use 5254, whereas in most of Europe and the U.K., they had no choice but to switch to ECN-2 (there might have been one ECN-1 labn left going in France.) Now some say that the 5247 stock being manufactured in Europe was less harsh than the stock being made in Rochester, NY, which is one reason there was less protest over the switch.

Chris Challis talked about shooting "The Deep" in 1976 and being surprised that 5254 was still an option since he was mostly shooting in the U.K. where 5247 had been around since 1974. He decided to shoot the harsh sunlight exteriors on the softer 5254 but the underwater work on the sharper 5247. Geoffrey Unsworth was shooting "A Bridge Too Far" in the summer of 1976 (hence why he turned down "Star Wars" being already booked) and said he preferred the sharper, finer-grained 5247 but that was probably because he used heavy fog filters and the newer stock worked better with his diffusion.

Thanks a lot for all these insights David !

I guess a nice thing IMDB could have in the technical specs page of each film would be the negative used, just like in AC (and.. why not.. what is was rated at onset)

I guess you would have gone with 5254 if you could for Love Witch x) ?

G.C. replied to Achieving uniform color, lighting, and overall loo... 2 mins ago Hi, Consistency of the look requires a lot of tec...

G.C. replied to Variable Electronically Diffused LED Panels 46 mins ago Hello, The Rotolight Titan is, to my knowledge, th...

Roger Deakins replied to Skyfall Bulbs 10 hours ago I'm not sure why you think the highlights had...

Mike replied to Culloden lensing 1 day ago Vanniyan, Would this help. Focus puller reacts to ...

Roger Deakins replied to sky fall protagonist vs antagonist 1 day ago All ideas are valid. Try it out for yourself and m...

Roger Deakins replied to Culloden lensing 1 day ago Monitors only came into being relatively recently ...

Vanniyan replied to Ken Loach 1 day ago Yeah we can ask him about modern audience taste ab...