Dear master sir roger i have seen 'culloden' movie. I assume battle scene was shot on mostly long focal length with handheld. I noticed camera went more close to the soldiers face. It gives unpleasant and uncomfortable feel for me. It gives some thing. I can't tell in a correct words.Then i recollected your podcast conversation about camera distance.  suppose if you were got a chance to shoot Culloden what was your approach? You were shot on same method! I am sure your version very different. Just eager to know few words from your golden experience.

For me, 'Culloden' is a masterpiece of its time. The film was made for 10,000 pounds and many of the 'actors' are crew members. The crowd scenes were made using multiple passes, rewinding the film in camera and using a cut out to block off areas of the frame between exposures. The film was shot on 16mm in a very short time. It is very much a film of it's time as the history of the battle and its aftermath has changed a little since the book by John Prebble that inspired the film. So, a film today? I suspect it would want to be quite different.

a film today? do you mean quite different means shot constructions or focal length choice? or both? do you strongly believe modern wants different cinematography approach with the same story!

The story would be told differently today and that would mean the cinematography would be different also.

Master roger i am just wondering how die they make sure about focus when the camera goes at minium focus distance. There were no monitor at that time period.

Monitors only came into being relatively recently and many focus pullers don't use a monitor anyway.

Would this help. Focus puller reacts to FF markings. An experienced FP will instinctively alter focus even without markings, he/she knows the lens parameters, it has been well rehearsed.

Whether using direct or remote, the principle is the same. 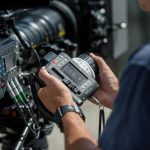 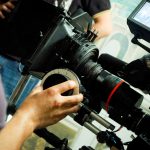 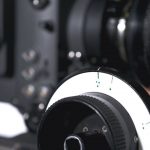 Many film camera’s have a video tap so the focus puller could monitor focus on a HD screen. Focus pullers are highly tuned operators and they know if the focus is off by experience. The camera operative and focus puller work as one unit, no need to wait for the “rushes”. Obviously, digital is easier. Try doing it yourself, you won’t know for sure unless you do it ‘real time‘. Borrow a follow focus rig and practice focusing using the focus marks that’s the only way to learn. Imo. Btw, What do you do for a living?

There is no job. You Mike?

I know now a days technology mike. i am talking about early period. Almost 1964 year. I believe HD monitor recording facility wasn't available at that time. May be you are talking about after 80's.

The Mitchell 35mm camera was modified to accept a video tap from the viewfinder, this could then be recorded onto 2 inch tape. Many of the studios in LA used this type of camera in the 1960’s. Camera’s have not advanced that much since.
At present I am working with Surrey University together with BBC NHU undertaking studies involving Bioacoustics (How Wildlife from around the world communicate) Also just recently finished a script which I am trying to raise finance. ZDF Germany have already expressed an interest. Now it’s a waiting game. 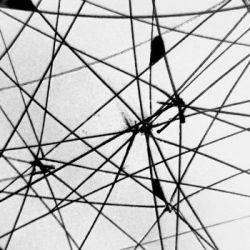 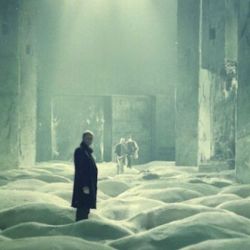