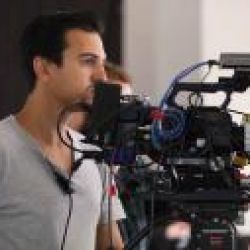 Last month I shot a series of yoga workouts on a black background with the Alexa Mini (2 Camera Shoot). About a month after shooting, the editor noticed a number of white specks throughout the footage (both A and B camera). The white specks would randomly appear in a one frame and disappear in the next (no consistency to area of frame). After speaking with Arri, they believe that this is an environmental issue caused by cosmic radiation. We've currently found about 15 specks within 3 episodes of shooting (which were shot on 3 different days). This last week, I have tested (6) Alexa Minis in (3) different environments and have had the same results. We begin shooting the second round next week and  I'm curious if anyone has had this issue before. Arri and our vendor are certain that this is a common occurrence. See below for a link to examples. 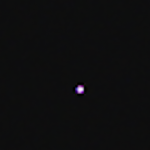 Yes, I understand that there is indeed such a thing as cosmic radiation.  Such 'specks' are not unusual but can very easily be dealt with through the 'dust busting' process.

Thank you for the response.

We have currently tested (6) Alexa minis, (1) Alexa XT and (1) Amira in (3) different locations and have had the same issue with 'specks'. Based on these results, is it safe to say that the Arri sensor will always have these hits within a dark world/black background? In any case, we've decided to go with the Alexa Minis and use the Neat Video Plugin (for dust/scratch removal) in post.

Where were these specs of dust on the sensor, were they in the same area. The sensor can generate heat especially if cooling air is restricted.

I think the same us true of any digital sensor as each is open to 'cosmic radiation'.

Thanks for the reply.

I was able to test a Sony F55, Sony Fs7 and a Sony A7s and could not produce the same results with digital dust. Maybe the Arri sensors are a bit more susceptible to experiencing white specks/digital dust?

Has there been any new developments in this area?
I've been shooting on my FS7 since release and have never seen this.
This was the first time I used an Amira and it's actually showing on one of the first takes we did that day.
Perhaps coincidence? But since I am planning on buying this actual camera (with 3300 hours) I'd like to know if this is not a mileage issue. 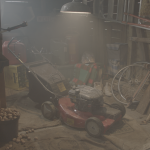 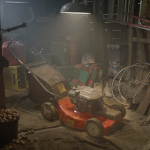 The actual dot is in the left side.