Are lens flares ever a good choice? (9 replies and 2 comments)

Hi Roger and other forum members!

I recently heard an interview in which Roger expressed a dislike of lens flares, as they are distractions.

My question then is, are there any notable scenarios in which a lens flare would be an appropriate stylistic choice?

I think in the end it's really just personal preference. Lens flares can certainly be considered a flaw, when they are distracting and serve no  specific purpose, but I think especially with dream-like scenes they can add a lot and help in creating surreal imagery.

Thats an example of a subtle lens flare I really like, from the movie "Her". It uses it to make the image more dreamy and hazy, which I think really adds to the atmosphere it wants to create, instead of distracting. 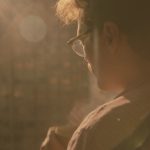 The lenses they used in Licorice Pizza gave them some blue horizontal flares, as well as a this vintage look to the whole image that helped set the film in PTA's world. Might be worth checking out!

Maybe those were blue streak filters? Those create a streak perpendicular to the angle of the groove cut in the filter, often imitating anamorphic flares… or did they just use anamorphic lenses and blue lights?

Flares can really seem to work well in some action films, ie Die Hard had tons of flares, but they were always well judged and supported the story on the screen.. can add drama and suspense, punctuate a scene and when done well don't seem that distracting and can even help pull you in rather than out of the movie.. the directors commentary on Die Hard has some great comments on this 🙂

As much as I love Roger's work, I would love to see him shoot a flarey anamorphic film one day 🙂 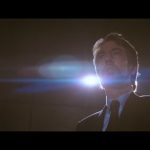 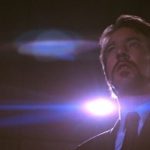 It's always personal choice. Roger doesn't like flare and effects not at all. he had said that several times in some interviews. But legendary cinematographer Conard L Hall used flare effects in several movies that he had done. If you had any further doubts regarding this. this, might help you .

Thanks for this video! It was very informative

Without meaning to sound disrespectful, this question is a little like asking if it’s ok to use a 32mm lens, or shoot at T1.2 or shoot with hard light, or without haze etc. Every quality of the image is a tool to use or not as the Artist sees fit.

What matters is when do you like to use/avoid lens flares?

A good example of deliberately heavy lens flares for effect is the boat approach at night to the Playboy Bunny show in "Apocalypse Now" -- the lens artifacts are combined with audio artifacts like feedback from a microphone, all to create a surreal, dreamlike feeling. A similar thing is done later for the Do Lung Bridge sequence where it becomes more of a nightmare.

Another example is in Polanski's "Tess" where Tess discovers the confessional letter she wrote to Angel was never read, as she steps down on the ladder with the sun behind her, there is a momentary huge flare as she decides to crumple up the letter.

Unlike haze and a few other things that have to happen in the studio or location, you can always add all kinds of lens aberrations and flares after the event in post.

I made a shot with extreme lens flare only a week or two ago. I don't like to see lens flare unless it serves a purpose, as it did in 'Apocalypse Now'.

Roger Deakins replied to NOPE - day for night technique combining IR Alexa ... 13 hours ago I think there are various options for any sequence...

Roger Deakins replied to BR 2049 lighting 13 hours ago There were two concentric rings of 300 watt Betwee...

sapozhnikovvn started BR 2049 lighting 20 hours ago Hello, Roger! Could you tell, please, how did you ...