Agfa Film and The American Friend (1 reply and 2 comments) 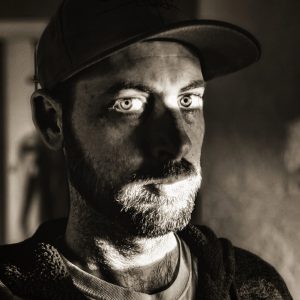 The cinematography really stood out for it's simplicity, and I adore the realistic sense it brings.

I spent a lot of time researching how it was captured, and came across Agfa being the film it was shot with. So, naturally, I researched as much on Agfa as I could. I found a good amount on their color film rise, but not much on stocks in the 70s.

I bring this up because the color response is quite different next to Kodak and Fuji. It's quite saturated, warm, and contrasty.

I'd love to know if anyone here has used it, or knows more about it? It would make a great contrast to the typical film looks of today.

Are you basing your evaluation of the saturation on a projected print or a transfer for video? Because Agfa film was never particularly saturated -- sort of the opposite -- but it did have a tendency towards brownish warmth, lighter greens and somewhat cyan blues -- all of which could be changed in later years in digital color-correction of course. But if it had been underexposed and push-processed, some colors might have looked more saturated from the increase in contrast.

Agfa was around for decades but it was the introduction of the XT320 color negative stock in the mid-80's that caused studio movies to start using it. It actually pre-dated Kodak in terms of using a new type of "T-grain" (tabular grain) in one of the layers.

Roger went through a period of using Agfa films, "Mountains of the Moon" being one of them.

I'm much too young to have shot on film. Maybe that's why I have such an affinity for trying to learn as much as I can about the process.

After watching the film, I'm sure the post processing added in the saturation. It seems typical of some of Wim's earlier films. I am quite taken with the brownish warmth. It's a shame that these stocks had to disappear. It would be great if there was a way to rebuild the color matrices for these stocks.

I recently shot a film with this look in mind. I'm trying to understand some if the process involved. I assume that the print stock used was Agfa as well? Doing what research I can, it's hard to find examples.

The Kodak, Fuji, and Agfa print stocks looked more similar to each other than their camera negatives did, but also a video transfer probably used an intermediate dupe instead of a print though some transfers use prints when they have no choice.