So, I kind of already started a post on shooting S16.

But since Mr. Deakins gave me some super great suggestions, I'd like to see what everyone else thinks so that He doesn't have to answer a million of my newb questions.... Unless he wants to of course... 🙂

So basically, I'm planning to shoot a short on 16mm. I'm thinking of using an Aaton, but am not sure whether to use the Xterá or the XTR.

Has anyone ever worked with these options before?

What were some of the accessories used?

Would love to hear your experiences in general.

Oh! Also, He mentioned I should use, Zeiss ultra primes due to their excelent speed. And that's probably what I'll use; however, seeing as I have a very low budget, I was looking at the Russian, Illumina S16 primes. Has anyone used those before?

Rent the gear for a day, shoot a test roll, develop that roll and see how you like it.
A lot of films nowadays don't actually call for the 16mm film look more than modern digital cinema cameras - And then you end up with a movie that could have been shot sharper, cleaner and cheaper on digital, and still had a filmic touch to it with modern color science (A lot of LUTs do a great job emulating the looks of traditional film stocks).

Instead, if you're set on shooting on a particular medium, you want to make sure you shoot for it and not just on it.

Thanks for the advice, Tobias. I'll keep that in mind for sure.

I'm assuming you've worked with 16mm before then? Do you have experience with the Aaton cameras?

If so, which ones? What were your thoughts about the difference in the work environment/flow compared to working with digital?

Any insight into working with this medium would be super helpful.

Some on the Arriflex 16BL and Ikonoskop SP16 back in school. This was around the dawn of DSLRs with the T2i and 5D MK II being the shiny new toys.

There are also a lot more ways to mess up shooting film. Growing up with decent digital alternatives I've gotten used to knowing exactly what I'm getting down to the look of the grain. With film it's a lot more organic. All a matter of taste and what the project calls for.

Aaton XTR Prod is a fantastic camera. Don't worry about the whole s16 is not sharp enough comments. Watch The Walking Dead,Captain Phillips (a good portion of it was shot on XTR Prods), Carol, Black Swan, Hurt Locker to name a few to see s16 quality. Also, shooting digital is cheaper is a pretty ill-informed comment. Shooting Arri Raw which is the film comparable format is not cheaper than shooting 35 or s16 - it has a lot of back end hidden costs. Unfortunately people get misinformed about the cost of shooting on film. There are plenty of low budget films that were shot on film.

Thanks a ton for taking the time to give your insights guys. Super helpful. Believe me, I've spent my fair share of shooting digital. I personally love shooting digital, and know the highs and lows therein; however, having never had the opportunity to work on a crew shooting "film," I find myself curious about the changes that might occur in the general attitude of the cast and crew on set. In other words, my purpose is purely research based.

But of course I do plan on prepping quite thoroughly and that will most definately include shooting tests. But to me, once you get on the set and have to start logging scenes, things become more organic. All that preparation goes under the seat so to speak and you rely more on your intuition. To me the difference with film will be (I think) that your sences are sharper because of the emotional/psychological weight involved. I want to feel that heaviness. My hope is that it will make me a better filmmaker in spirit. 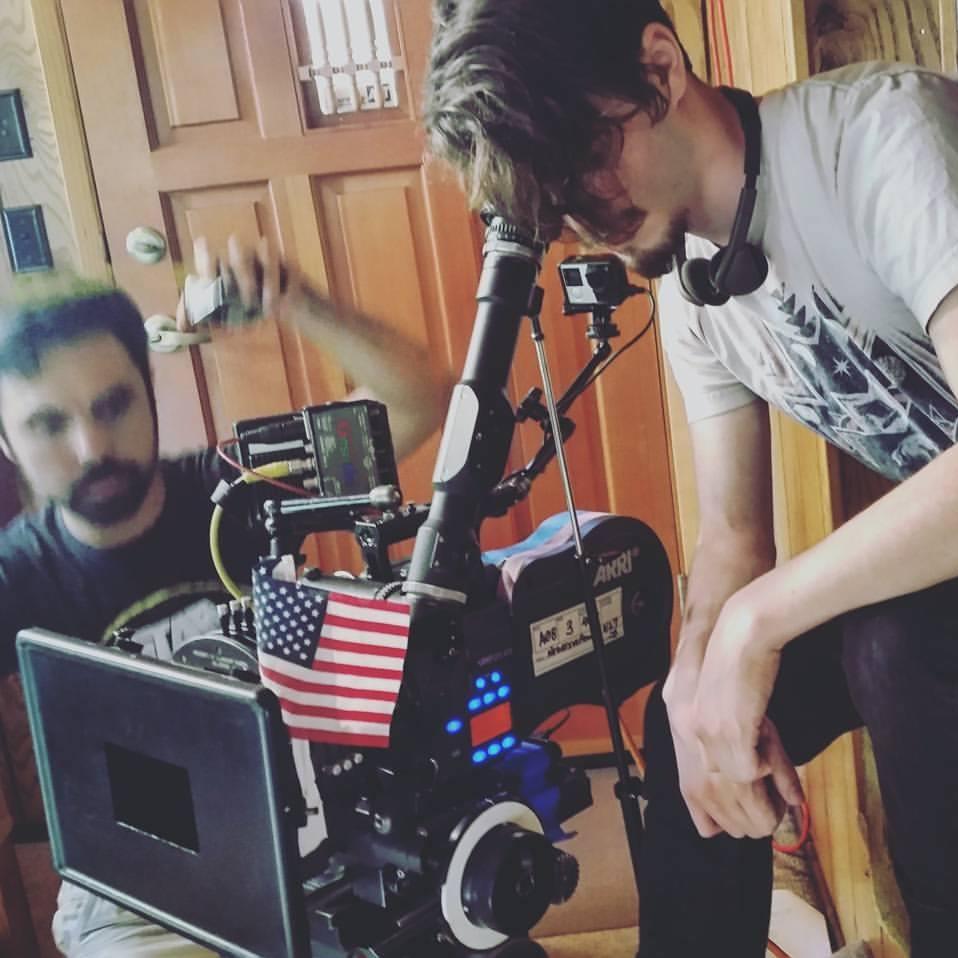 Over the past year I've done a sizable amount of work on super 16 for my short to finish school. I shot my first tests on location with the Aaton XTR although for further tests and the main shoot I shot on Arri cameras, the SR3 and 416. Contrary to most people's opinion I find the XTR to be the easiest to load although I did scratch one of my rolls. It is the loudest of the three though. I haven't tried the Xtera but I suspect it to be very similar.

Though there are some arguments to be had for the SR3, the 416 is hands down the best s16 camera. Bright viewfinder, ergonomic design, and the most precise film movement. I can only complain that the video tap could be better, but that's nitpicking.

The curious thing with the 416 is that when I went to Clairmont for the rental, when I was first talking to them I backpedalled saying "Sure I'd like to price a nice package for the 416 and the Ultra Primes, but for the budget I might have to use the SR3." But when it came down it, they priced the packages the same. I suspect that this was mostly because their 416 was in a better state of repair, but they were dying for someone to take out a s16 rental so they pulled out all the stops. I didn't take the full set of Ultra Primes either but I suspect that might've been given to me as well for no additional cost.

I'm not sure what the situation is with rental houses near you but you might be surprised if you ask about the 416 or the Ultra Primes.

Wow thanks for all the helpful insight. That will surely come in handy when the time comes to choose a camera.

I mentioned earlier that I was curious if anyone had ever used any of the Illumina lenses.
Are you familiar with these. They are equal to the Zeiss primes in f/stop range (T1.3) but are supposedly smaller and lighter in weight.

I've used the S35 lenses a couple of times. They have a strange, distorted bokeh (almost anamorphic-looking). Quite a bit of chromatic aberration, wide open. Contrast drops a lot from 2.8 to 1.3. Mechanically they are good. My AC liked working with them, I didn't particularly like how they performed aesthetically.

Well I haven't used them personally but a cinematographer I've worked with a couple times owns a set. His name is Adrian Sierkowski. He can be found on Cinematography.com pretty regularly. There's also this short by Hunter Hampton that shot with exactly the same camera/lens combination you're thinking of https://vimeo.com/125965984»

From what I can tell, they're not quite as good as the Ultra Primes but probably hold up well in comparison with the Zeiss Superspeed Mkiii's which I like a lot.

Oneris Rico started Every comment is welcome! 44 mins ago I have a loooong time without posting anything her...