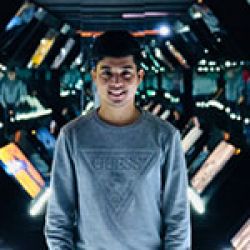 I just watched a recent series in Netflix titled "When They See Us" Cinematography by Bradford Young. I just wanna ask how he achieve a 2:1 Aspect Ratio while shooting with a anamorphic lens? because usually when shooting anamorphic lens you'll get a 2.35 image or depending on the squeeze factor by the lens.

I don´t know which exact lenses were used on this show, but the squeeze has probably been 2x.

For the aspect ratio of 2:1, the recorded resolution choosen by Young was 1:1. This was propably his artistic choice. The standart which just proved itself was 2.39 but any other aspect ratio is possible as well.

The aspect ratio is created by the area of the film or sensor you use for the final image. If using a 2x anamorphic lens, you have to factor in unsqueezing the image by 2x horizontally. So if the goal is a 2.40 : 1 aspect ratio and your lens has a 2x squeeze, then the area of the film or sensor used for the final image is 1.20 : 1.

The original anamorphic CinemaScope process had a 2x squeeze, and since the silent / full aperture of 4-perf 35mm film is 1.33 : 1, the image created once unsqueezed would have been 2.66 : 1.  Same thing with the half-frame (2-perf 35mm) Techniscope process, technically the negative for 2-perf Techniscope is 2.66 : 1 without any anamorphic process.  However neither CinemaScope nor Techniscope were 2.66 : 1 because the negative area was cropped horizontally, in the case of 4-perf 35mm, to make room for the soundtrack on the print.

Many people are using 2x anamorphic lenses on digital cameras that have sensors of different sizes, some are 1.9 : 1 sensors so quite a bit of the sides of the sensor isn't used because no one needs a 3.8 : 1 aspect ratio!

Some cameras allow you to record only the area to get you within the 2.39 : 1 ballpark (once unsqueezed), some record a larger area so more cropping is needed in post.